Sanjay Suri: A hug is a universal language

Home // News and Media // Sanjay Suri: A hug is a universal language 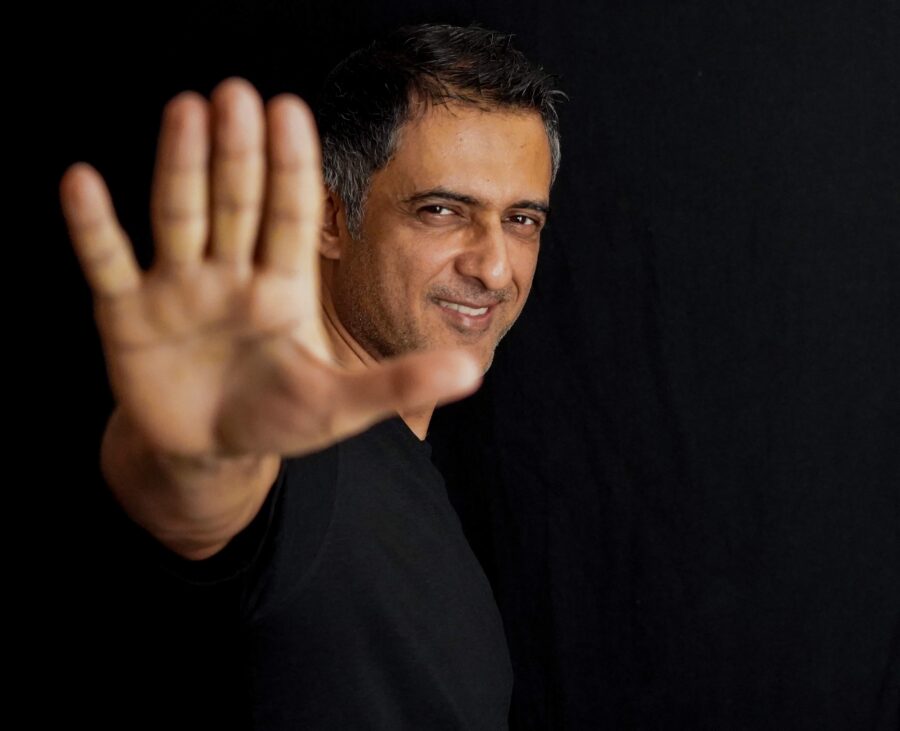 The actor chats about playing a professional cuddler in Call Him Eddy, presented by Large Short Films.

The pandemic has restricted the simplest of human gestures. Even something as basic as a hug feels remote in the age of distancing. On the Internet, pictures of people hugging through protective ‘curtains’ has revealed our deep yearning for physical contact. According to one study, around 60 per cent of people in the US felt ‘touch deprived’ at the start of the lockdown. A cozy cuddle has also been linked to reduced depression and loneliness in recent months.

Sanjay Suri, who plays a professional cuddler in the new short film Call Him Eddy, did not anticipate any of this. “We shot the film last year. Back then, I was thinking about how we were giving so much time to the external world while not really connecting with ourselves. It’s so ironic that the film has come now, when people are missing that connection even more,” the actor says.

Directed by Sanjeev Vig, the 20-minute short film unfolds over a lazy afternoon in Bangalore. Riya (Eisha Chopra), a documentary filmmaker, has come to interview Eddy (Sanjay), a former media executive who offers paid cuddles to assorted clients. She’s sceptical initially, quizzing him about legalities and unprompted sexual urges. However, as the conversation winds down, Riya agrees to try out the therapy. What follows is an encounter that reveals hidden traumas for both parties.

“If I had to simplify the process, it’s no different from a Jadoo Ki Jhappi,” Sanjay says. “Over the world, it’s the same language of affection and comfort. It has no other agenda or intention. Both characters in the film carry a huge baggage, and it’s all about them finding that release.”

While shooting, Sanjay and Eisha agreed not to rehearse with each other. The spontaneity is well captured: Riya’s awkwardness and unease replaced by a gentle calm. “We hadn’t worked with each other before so we had to discover it on set. I think it worked out well.”

Sanjay has had multiple releases through the lockdown: he last appeared as a good-natured cop in the Prakash Jha film Pareeksha (on ZEE5). Since 2018, Sanjay’s company Kahwa Entertainment has been bringing international arthouse hits to select theatres in India. They had previously presented Hirokazu Kore-eda’s Shoplifters, Jia Zhangke’s Ash Is Purest White, and Abu Bakr Shawky’s Yomeddine. Their latest offering — the 2019 French drama Les Misérables — had opened for two days in March before theatres were closed.

“I felt ‘miserable’ when that happened,” Sanjay laughs. “That film is such a palpable big-screen experience, so it was unfortunate that people couldn’t get to see it. We also had Ken Loach’s Sorry We Missed You and other films ready to release. Right now, I don’t know how things will pan out.”