Acclaimed Actor-Producer and National Award Winner, Sanjay Suri born and brought up in Srinagar (Kashmir), spent the first 20 beautiful years of his life in the Valley.  Sanjay is credited with 36 features as an Actor and 7 features as a Producer. His filmography as an actor includes acclaimed films like FIRAAQ, PINJAR, DAMAN, FILHAAL, DHOOP and other trendsetting films such as JHANKAAR BEATS and MY BROTHER NIKHIL where he gained acclaim as an actor. Sanjay has been at the forefront of the current revolution of Independent Cinema in India. He was also seen in Amazon India’s first Original Series ‘ Inside Edge ” and recently acclaimed series on Netflix titled ‘Leila’. 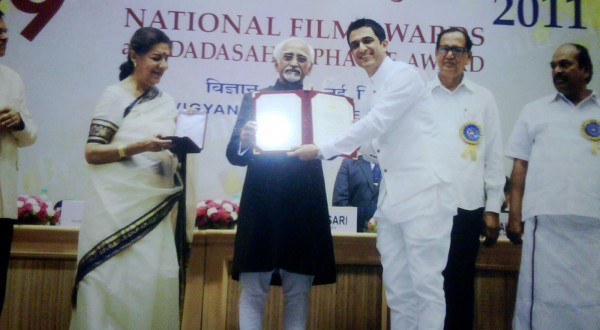 He independently starred and produced the path breaking film, “My Brother Nikhil” and also won the prestigious National Award (2011) for best Hindi language film as Producer for “I AM”. I AM is also one of India’s largest crowd sourced films with 400 co-producers from over 40 cities across the world. The filmmakers successfully democratized the film making process and are considered pioneers in Crowd Sourcing in India. I AM went on to win the NETPAC Award for Best in ASIAN CINEMA with a Special Jury Mention at the 15th International Film Festival of Kerala 2012.

Sanjay has participated at various International Co-Production markets, labs and was selected by CNC to attend the Producers network at the Marché du Film Festival de Cannes 2012 and 2013.

Sanjay has served as a Jury member at MAMI (Mumbai Academy of Moving Images, 2012) &  at the prestigious Dubai International Film Festival (2013) feature category in the ‘Muhr Arab’ Section.

Besides his love for cinema, he loves sports, travelling, photography, philosophy, his cup of coffee & dark chocolate.