Sanjay Suri: There certainly is a catch up feeling in the industry

Home // News and Media // Online Media Articles // Sanjay Suri: There certainly is a catch up feeling in the industry

Sanjay Suri, who has been quite embracing of the medium having been a part of multiple OTT projects such as Leila, Mentalhood, Bhram, Pareeksha and Ateet, notes how a change has come about in the realm of entertainment. 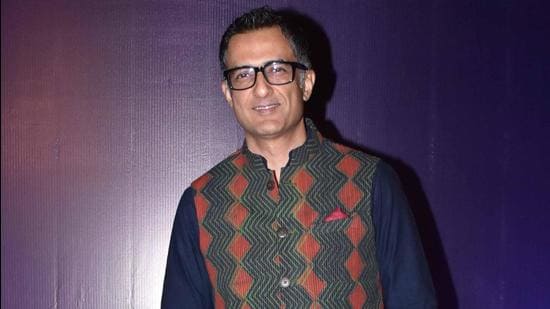 While the pandemic took a toll on the entertainment industry last year, just when things started to look up beginning this year, the second wave put a full stop on shoots, yet again.

Talking about the scenario, Sanjay Suri says, “There certainly is a catch up feeling in the industry as there was a huge vacuum in between, and once things started opening up, people had to finish the pending work and new work was starting as well. I feel it was already getting busy for many and it was a good sign.”

But now that things have come to a halt given the lockdown in many states, the actor feels that just like last year, OTT platforms would probably take prominence this time, too.

“With the availability and access of web platforms, loads of content is needed and all kinds so there is room for all under the sky,” he adds.

The 50-year-old who has been quite embracing of the medium having been a part of multiple OTT projects such as Leila, Mentalhood, Bhram, Pareeksha and Ateet, notes how a change has come about in the realm of entertainment.

“I think disruption has happened for sure,” he says, adding that even though OTT platforms are rising, theatres will never cease to exist. “I view it as when WhatsApp came in, we never stopped using text messages. Similarly, web and theatres will coexist. Its not that one will replace the other. Theatres cater to a much wider audience and by that I mean different strata of society. It’s more event based, you know a film is releasing on a particular date, so it is like your date with your film,” Suri explains.

Also, pointing at out how certain films are only enjoyed in the cinemas, the actor says, “It’s just like when we want to watch a big match in the stadium. There were some mainstream films which released on OTT and did not work. But perhaps, if they’d have had a theatrical release, it would have worked because of sheer star power and marketing. I’m hoping that soon the excitement of watching films on the big screen will come back to our lives.”