NO FALLOUT BETWEEN SANJAY SURI AND ONIR

Home // News and Media // NO FALLOUT BETWEEN SANJAY SURI AND ONIR

After 12 years Sanjay Suri and Onir go solo with the actor collaborating with Samir Soni on his next. 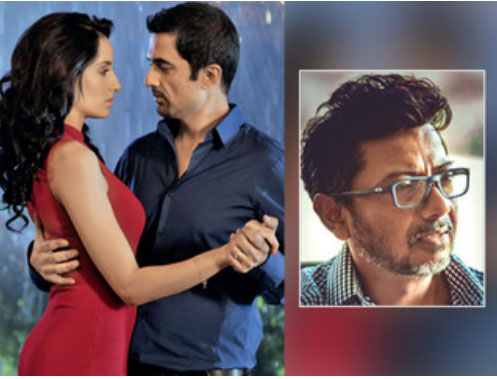 After co-producing five films with Onir—My Brother Nikhil (2005), Sorry Bhai (2008), I AM (2010), Chauranga (2014) and the recently released Shab (2017)—Sanjay Suri has gone solo with his upcoming production titled My Birthday Song. Making his directorial debut with this psychological thriller is Sanjay’s long-time actor-friend Samir Soni.

“The film is set in Delhi and my character, an ad filmmaker, celebrates his 40th birthday. An incident at the party spirals into something bizarre. I had discussed the script with Samir a few years ago and after he gave me a narration, I agreed to act in it on the condition that he direct it himself. We eventually ended up producing it together,” informs Sanjay.

He is quick to add that his professional partnership with Onir hasn’t fractured. “It’s just that after 12 years we decided to explore creative opportunities separately. It was a conscious decision but there’s been no fight, no fallout,” he asserts.

Sanjay who was last seen in Saket Chaudhary’s comedy-drama Hindi Medium, goes on to insist that Onir and he have enjoyed a beautiful working relationship and continue to be friends. “But we needed to get out of our comfort zone. I see it as a healthy sabbatical,” states the 46-year-old actor-filmmaker, admitting that certain genres that excite him may not interest the 48-year-old Onir. Is there a possibility of them reuniting in the future? “Yes, but we will see how it goes,” Sanjay keeps it short.