Mentalhood actor Sanjay Suri: There is no perfect parenting

Home // News and Media // Mentalhood actor Sanjay Suri: There is no perfect parenting

Sanjay Suri opens up about his role in Mentalhood, being a hands-on father in real life, changes in parenting over the years and more. 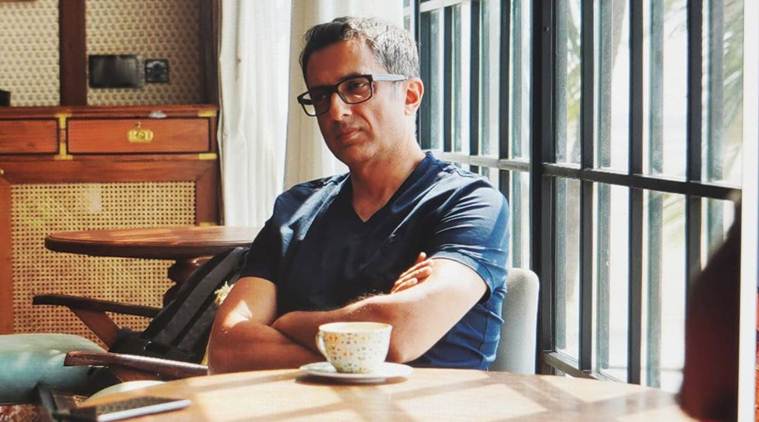 Bringing to screens the madness of parenting, ALTBalaji and ZEE5 have launched their latest original Mentalhood. The 10-episode series marks the digital debut and comeback vehicle of Bollywood actor Karisma Kapoor. While Karisma will be seen as an over-indulgent mother, Sanjay Suri plays her husband Anmol.

In an exclusive interaction with indianexpress.com, Suri opens up about his role, being a hands-on father in real life, changes in parenting over the years and more.

Excerpts from the conversation:

Tell us something about the character that you are playing in Mentalhood.

There’s much more to him than what you saw in the trailer. Anmol is quite a supportive husband and father. He is very well educated, and for the kind of aspirations he has for his children, he needs to work really hard. And this is the reason there are times when he is not around for them. That’s the price he pays for making his kids’ future. However, yes, there are also times when he completely fails on the male participation in parenting.

It’s a show about moms and women leading from the front. Was there any kind of apprehension about the kind of projection you will get?

Honestly, I have never worried about such things. You cannot exist if there is no woman. We say Mother Nature and not father. Also, as an individual, I don’t need to shake hands with my character. They are different entities. Personally, I am quite a hands-on father. I am even on most mummy groups on WhatsApp along with another dad. Even though my wife has always been there, I have enjoyed playing the part of a mother for my two sons. Obviously, the kind of profession that I have, we do not have a structured lifestyle, but I have had the joys of spending some really special moments with my kids.

In the show, your wife is shown to be a helicopter mom, a very popular term these days. What are the kinds of changes you have seen when it comes to parenting?

I don’t want to comment on others, but as a general observation, I feel a good teacher is someone who tells the kids where to look and not what to look at. I read it in Khalil Gibran’s The Prophet, that the relationship between kids and parents is like a bow and arrow. You can give them a direction but whether they reach the destination or not is not in your hands as destiny is the real archer. We cannot force our dreams on them. And most importantly, one has to listen and talk. There is no perfect parenting, as when a child is born, the parent is also born at the same time. It’s a first for them too.

How was it working with Karisma Kapoor, who plays your wife in Mentalhood?

It was wonderful. Given that we both are parents in real lives, there was a level of inherent understanding between us. Her character definitely is much more aspirational than mine. I am sure the audience will enjoy watching us on the show.

You stepped into the digital world when it was still nascent with Inside Edge. What do you have to say about the medium? Is it here to stay or just a bubble ready to burst?

It’s not like a dotcom bubble. World over these companies have been working on this. It’s still at an evolution stage, and a lot of content is being made. The only problem is that its data driven. So we should be careful as to not get stuck with the rule of the jungle. Then great content will not come out as most makers would want to work within the framework of what’s being seen. There would be no room for artistic creativity if formula starts leading the process.

You have always been lauded for your unconventional film choices. What gives you that belief to not fall for commercial success?

I feel I am my first audience. If I love the film, I have to do it. Most of my choices are for the soul, some of course, for business. One has to strike that balance. The movie has to move me, only then it will leave an impact on others. I sincerely believe that cinema is our window to another world. However, we are not able to explore it fully because of the financial burden we have. But I am a very inspired person, and I will keep hoping for the best.

What’s next for you?

I am doing another show for ALTBalaji – Dev DD 2. I have another film called Pariksha coming up. Apart from acting, my production team is scripting a film. Then there are a couple of movies from around the world that we would be releasing. Quite a few hats, I am wearing at the moment.

Mentalhood is currently streaming on ALTBalaji and ZEE5.