‘Brahm is a heady mix of paranormal and psychological elements’

‘Brahm is a heady mix of paranormal and psychological elements’: Kalki and Sanjay on ZEE5 show 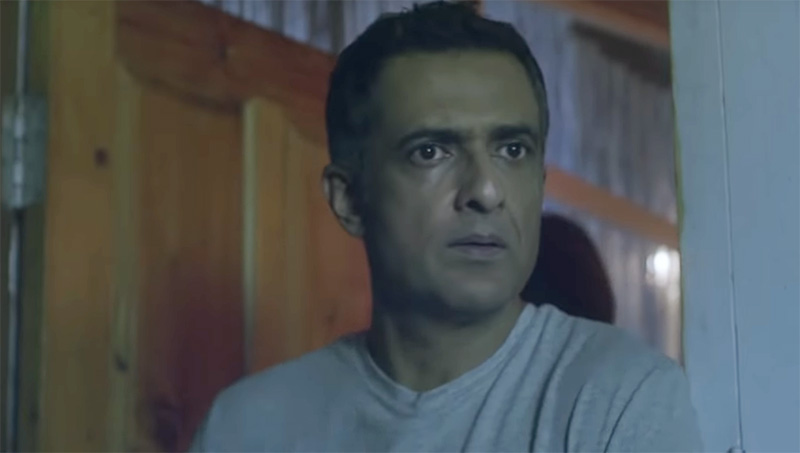 ZEE5 show Bhram is based on K Hari Kumar’s 2018 novel, The Wrong Side Of Her and is directed by Sangeeth Sivan.

Wrestling with post-traumatic stress disorder (PTSD), an author checks into a hill station. She’s taken in by her sister and brother-in-law. The old house creaks with secrets. There’s rain and mist. The atmosphere gets heavy, too heavy, setting off a dizzying blur of spooky hallucinations, paranormal meanderings, and buried, devastating truths.
The new ZEE5 show, Bhram, presents a heady tossup between the real and the imagined. The eight-part series stars Kalki Koechlin as Alisha Khanna, a best-selling novelist on the mend from a recent tragedy. Kalki, who spent her growing up years at the Hebron boarding school in Ooty, remembers being told spooky mountain tales that reinforced the darkness in her surroundings. “We used to have dorm parents who would tell us scary stories,” Kalki recalls, “There was one about a ‘drip-drip-scratch’ sound. You wouldn’t know what the source of the sound was until the end, where it was the blood dripping from a hanging dead body and nails scratching the wood.”

Bhram is based on K Hari Kumar’s 2018 novel, The Wrong Side Of Her. The show is directed by Sangeeth Sivan. Kalki says she started prepping for the show by reading real-life accounts of accident survivors. “Sangeeth sent me stories of people who had gone through accidents but couldn’t recall it because of trauma. In such cases, certain sensory details would trigger them, like a smell or a piece of clothing.”

Kalki was in her first trimester of pregnancy while shooting for Bhram in Himachal Pradesh. “The timing was ideal. It’s great to have fresh air and listen to birds singing instead of cars honking,” she says. At other times, however, shooting conditions were not that great. “It got really rainy towards the end. It was especially tough to shoot in the forest at night. We were under a lot of pressure to get this done within a certain timeline, one because of my pregnancy and two because ZEE wanted to get this out quickly.”

The actor lists off Paul Verhoeven’s Elle (2016) and Stanley Kubrick’s The Shining (1980) as her favourite psychological thrillers, as well as the works of Lars Von Trier. “I’m not much of a blood-and-gore person. I can’t take it,” she says. “I like the recent stuff on OTT, shows like The Assassination of Gianni Versace and Mindhunter.”

Sanjay Suri, who co-stars with Kalki in Bhram, shares her love for the genre. “The show is a heady mix of paranormal and psychological elements, unfolding in the form of a murder mystery. I prefer it when a story doesn’t solve too much — Mulholland Drive, for instance.” In the show, Sanjay plays Alisha’s brother-in-law Peter Paul.

Expanding on his character, the actor shares, “It’s a light-hearted role. He’s a jovial guy, happily married. He lives away from the city in the mountains. He likes to eat non-veg food but his wife doesn’t allow him. His daily struggle is about that. He doesn’t like to dwell on the past, until past catches up.”

Sanjay made his digital debut in Ken Ghosh’s Dev DD (2017). Since then, he has appeared in shows like Inside Edge, Leila, Love Lust & Confusion Season 2, and Mentalhood. As a producer, he is in the process of developing four new web shows and two films under his banner. “Digital content shouldn’t be treated as peanuts, where you pay for the drink and the rest is free,” Sanjay says. “You shouldn’t be making content just because you need to sell a phone, and have to keep the audience in the ecosystem. That way you start undervaluing content. That’s my only worry about this change.”

Kalki made her Tamil debut earlier this year in the song Kaalam in Nerkonda Paarvai. The actor, who was born in Pondicherry, is part of the upcoming Netflix anthology film directed by Gautham Menon, Vetri Maaran, Vignesh Shivan, and Sudha Kongara.

Kalki will be seen in the segment helmed by Vignesh Shivan. “I liked working with Vignesh a lot. He put me in a stressful state because I don’t think my Tamil is that good. He was improvising a lot and making me say dialogues which were really tough. But at the same time, he has a real spontaneity to his craft. He has taken a serious subject and made it funny. I feel it’s going to be an interesting film.”