After Sanjay Suri, Rahul Bose wants a Jhankaar Beats sequel too but Sujoy Ghosh has one HILARIOUS condition

Home // News and Media // After Sanjay Suri, Rahul Bose wants a Jhankaar Beats sequel too but Sujoy Ghosh has one HILARIOUS condition 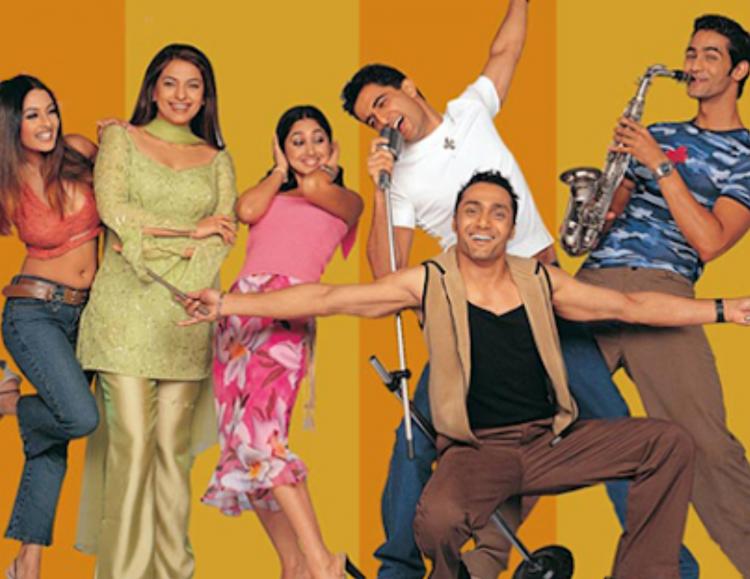 In an EXCLUSIVE tête-à-tête with Pinkvilla, Sanjay Suri has revealed to us that he has been urging Sujoy Ghosh for a Jhankaar Beats sequel. Replying to our story was Rahul Bose, who is also eager to bring the band back together, one more time. However, Sujoy has one hilarious condition.

In an EXCLUSIVE tête-à-tête with Pinkvilla, we couldn’t help but ask Sanjay Suri about his most loved film – Jhankaar Beats. The musical, which was Sujoy Ghosh’s directorial debut may have been a small budget film but it’s genuineness touched the hearts of so many people. Jhankaar Beats paid tribute to the music legend that was R.D. Burman, as along with Sanjay, the movie also starred Juhi Chawla, Rahul Bose, Shayan Munshi, Rinke Khanna and Riya Sen, in pivotal roles.

“I am urging him [Sujoy] to make Jhankaar Beats again. Imagine, the band comes back with RD and the new kids are into rapping, it could be a nice yesterday and today,” Sanjay had shared with Pinkvilla. Taking to Twitter was Rahul, who replied to Suri’s quote on a possible Jhankaar Beats sequel, quipping, The terror on my face in the poster? Same reaction to the news that there’s going to be a sequel. Jokes aside, it’ll be a blast. @sujoy_g you have only slid further into insanity so god help us. @sanjaysuri I’ll even laugh at your jokes if it means we do this. @RangitaNandy??”

Sujoy replied to Rahul’s tweet with one hilarious condition, tweeting, “I thought it was your reaction to lip-sync ing to a song!!! only if you promise to lip-sync,” to which Sanjay tweeted with a casual, “Lol.”

“Well played, Mr. G! This time I promise to sing a solo. Under a waterfall in winter. We can call the sequel #JharnaaBeats (I bet @sanjaysuri will love that one) @RangitaNandy @sujoy_g,” Rahul joked. To this, Sujoy tweeted, “done sir.”