Back in action, Sanjay Suri 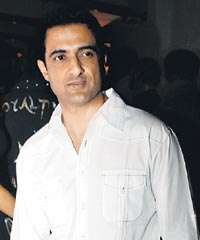 Actor Sanjay Suri, who has been missing in action from the film circuit, has been spending quality time with family and friends. Ask him about the disappearing act and he says, “It’s either films or being with family and friends these days. My wife and I were recently blessed with our second baby, so I’m loving being busy with that.” Sanjay also just come back from the New York premiere of I Am and says the response to the film has been phenomenal.

“It was a nervous build up to a very successful screening where the film was received very well. The film also got an award so it was satisfying both as an actor and a co-producer.”

Sanjay is also looking forward to his next release, a supernatural thriller produced by Anjum Rizvi and Raaj Varma, a first of its kind for him. “I’ve never been a part of any film of this genre. I wanted to do a horror or supernatural thriller, so when this script came to me I took it as a new experience.”

Though personally he doesn’t pay much attention to supernatural forces, Sanjay had a lot of fun on the sets shooting for a spooky film. He narrates an interesting incident, “To be honest, I had no spooky experience during the shooting but the building where we were shot in, had a lift that was spoilt so a late pack-up would mean lots of room for fun to scare others.” With a smirk he adds, “Humans spook me more than the unknown forces.”